This prophetic word is titled Christmas gifts and it’s about some gifts that God will be giving to his children over the Christmas time and into the 3rd week of January 2023.

Who is this word for?  Everyone.  I would caution you not to put any expectations on what the gift is. Be open in your heart to receiving the gift that God is freely giving to you. This gift has to be weighed against the word from last week.  These gifts are being given to those who’ve been patiently waiting on the Lord.

Here’s what the bible says of Abraham

20 He did not waver at the promise of God through unbelief, but was strengthened in faith, giving glory to God, 21 and being fully convinced that what He had promised He was also able to perform.

Here’s what I didn’t know, that God gives us gifts, like the amazing Abba Father that He is, for just being patient.  I told Him that had I known this before I would be asking for a gift every year for being patient.  LOL Now I know!

This is from a vision and an encounter I had with the Lord.  I was asking Him to show me what we have coming for the rest of this year, 2022.

We were standing on a beach and there are sand dunes behind us.

Yeah, I know, more waves!  I love the beach because every time I go there I think about this scripture about the sand…

How precious are Your thoughts about me, O God.
They cannot be numbered!
I can’t even count them;
they outnumber the grains of sand!
And when I wake up,
You are still with me!

Then I saw different people who were also walking down the beach reach over and pick up the boxes and they opened the boxes.

These are gifts that God will be giving to His children over the Christmas season. These gifts are unexpected which is why I am telling you not to put any expectations on what is in the box.  Just receive it. 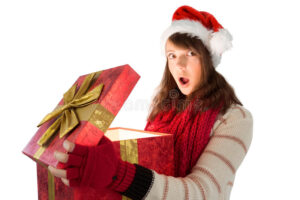 These are coming in at different times.  I believe some of you already got the delivery.  You got something that you were not expecting.  Many of them are going to happen before Christmas.

17 Whatever is good and perfect is a gift coming down to us from God our Father, who created all the lights in the heavens. He never changes or casts a shifting shadow. 18 He chose to give birth to us by giving us his true word. And we, out of all creation, became his prized possession.

I didn’t see what was in every box, I only saw a few of them.

One woman opened her box, it was small, and she smiled and quickly closed it and then she tried to conceal the box which tells me whoever this is will not be sharing what she got with anyone.  It’s her little secret. 😉

There were 2 separate groups of people and when one opened the box, they ran with excitement to show it to the other group, and they started jumping up and down with excitement and celebrating what was received.  This tells me they are friends or family members. 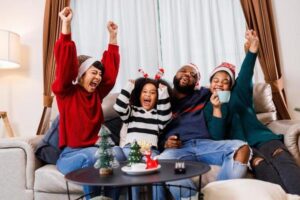 One box was so large it looked like the size of a shipping container.  The only thing I could think of is someone has something coming from overseas.  Literally being shipped in.  Or perhaps a car.

One box came on shore and when it hit the shoreline the side of the box opened and a man rolled out of it, LOL.  If you can imagine, it was like he lost his balance and fell out of the box as it hit the shore.  This means you are going to meet someone, a man, I don’t know if this is a personal relationship or a business relationship, but this person is a gift from God for you.  Please pray about all relationships and connections you’ll make during this season so that you have confirmation from God that He did send them to you.

There was a puppy and a kitty that also came out of boxes. 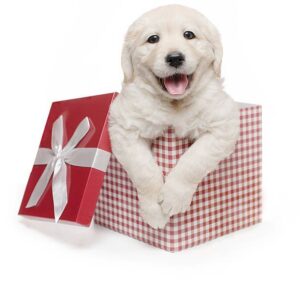 Then I saw one box that was a long tube.  The person who opened the box pulled out these plans.  It looks like blueprints.

Imagine that there is this frenzy on the beach because people were just opening the boxes and there was excitement happening on that beach.  Everyone was happy with what they received.  There’s no greater feeling that receiving something you were not expecting and you actually like what you got.

Now imagine behind us on the dunes, other people started walking up and looking down on the beach seeing these people receiving these gifts.  Of course, they came running!

These people basically saw what was happening with the other people and came running so that they too could join in on the excitement and also get a box too.

This tells me that these gifts are going to be made public, people will see it and this will cause them to also have faith that God can do it for them too.  This will pull them into faith and this will pay off for them as well.

Now with these new people on the beach I noticed that the waves coming in had this demarcation, like a line in the water that signified a change. You know when the Pacific Ocean and the Atlantic Ocean meets there is a line that tells that these are two different bodies of water. After the line I saw written in the water 2023.  So this is for next year and this is why I know this is going to roll over into next year. I believe you’ll see some of this still rolling in the 3rd week of January. 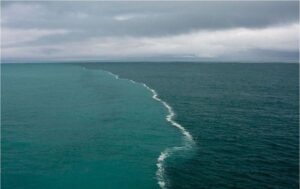 There were still gift boxes coming in on the water but much less boxes that what was coming ashore in December 2022.  But remember now that there are more people there because the ones that were on the sand dunes were also down on the beach now.

Something really interesting happened when the waves started coming in for 2023 when they hit the shore there were gift boxes that were getting kicked out from inside the wave to the shore.  To clarify this, the boxes on top of the wave were less but the gifts were the same amount they were just coming in under the water.  They were not visible until it hit the shore.

This tells me that the ones that will happen after the turn of the year won’t be as visible to the public. You’ll know you got it but others may not know you got it.  They were hidden and then got spit out of the wave at the end.

Joy, joy, joy & more joy.  These are some of the rewards for being patient.

This told me that these gifts are being given to those who have been patiently waiting on the Lord for what He has promised. Without the grumbling and complaining. Here it was I thought the rewards for patience were only virtues and character building, which it is, but there is more.  Physical gifts which you can see, and touch, will be given as well.  Expect it! He’s going to give you something special as a reward for continuing to believe.  You will visibly see it so there will be no doubt in your mind that God gave you that “gift for your patience”.

Prophetic Word – In the Course of Time