This is a post on prayer points for our boys.  Even if you don’t have boys, this prayer affects you as well.  There had to be the involvement of a man in order for you to

be here on earth reading this.  And that is why it concerns you.

Boys grow into men and God has really been impressing upon my heart for several weeks now to watch the boys and to pray for the boys.  It’s like His heavenly highlighter came out of heaven and just highlighted this topic to me to watch and pray.  I want to point out a few things that God has shown me regarding this topic and I would love for you to add anything you believe needs to be added to these prayer points in the comments.

The One that most people have a problem connecting with is God, The Father.  What I’ve realized is that this is so based on the relationship that the person had with their earthly father or lack thereof.

Yes, daddy issues can easily manifest in the distance or lack of understanding that we have towards God, The Father.  Abba Father.

If we did have a father growing up and he treated us badly we tend to translate that into Abba Father punishing us when we’ve done something wrong.  It’s hard for most people to separate the two.

Boys grow into men.  So, if the boys aren’t right the men aren’t going to be right either.

Male and female have a role in the Kingdom.  Men are not women, and women are not men.  We were created with specific roles and when there is a role reversal situation everything goes out of whack.  People get confused, they have identity issues.

The man is the head of the household so once the head is removed, the body -mother and children – are going to have a problem.  There are many great single mothers out there but a mother is not a father, no matter how good she is.  That is not her role.

God instituted the order and headship. The easiest way for the enemy to mess with the entire structure of the family is to remove the head.

I see over the next decade, the women are going to take over.  And, it’s ok if there are equally strong men on the other side of the coin.  However, this is not how I see this playing out.

And, this is not about women being preachers.  That actually doesn’t fix the problem.  Go ahead and stop her from preaching and you’ll see that she’s still the influencer.  Eve wasn’t preaching when she gave Adam the apple.

What needs to be addressed?

The church as we know it has changed.  It is in the process of going through a transformation.  We’re all connected through the internet so there is really no distance between any one of us in the spirit.  There are many things that we can do in an online environment but someone has to champion it.

I only know of one, Promise Keepers, and that is a large organization that has been around for years and I have no idea where they stand today.  Do you know of any Christian male ministry? I’m not referring to non Christian affinity groups or ministries that are based around people’s skin color.

We have apostles raising up others to start churches and that is great but we need the godly men to rise up and start mentoring boys and men.  This is

a giant hole in the church that needs to be addressed or we are about to run into some serious problems.  It’s already started but it is going to get 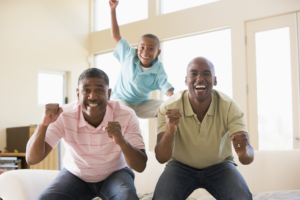 Just look around the room at any conference, prayer group or church and take a look at the ratio of women to men in the room.  That is how you know the problem already exists but will get worse if these ministries don’t come to the forefront and start mentoring the boys.

Prayer point #1 – pray for God to raise up Men’s Ministry, Men’s Conferences, Men’s Mentoring and Discipleship.  It is all about education and the church needs to rise to the occasion and train all the boys. Pray fervently for the emergence of these ministries.

Then we need to really pray for our boys.

Prayer Point #2 – Praying for our boys. I could write an entire prayer for this but I believe giving you the prayer points with scriptures and allowing you time to read them through and process them will help it to stick in your mind beyond a prayer.

That God would restore the family unit – It’s easier to do something when you have seen it modeled.  However, when you have no concept of what a godly relationship between a husband and wife should look like it is hard for you to have one yourself. – Ephesians 5:21-33

That God would protect them from predators (male or female) – Matthew 7:15-23

That God would put godly male leaders in their lives  – 2 Timothy 2:1-2 “You therefore, my son, be strong in the grace that is in Christ Jesus. And the things that you have heard from me among many witnesses, commit these to faithful men who will be able to teach others also.“

That God would align them with the godly education, training and mentoring –  Proverbs 22:6 ‘Train up a child in the way he should go,
And when he is old he will not depart from it.”

That God would keep them pure and holy – Matthew 5:8 Blessed are the pure in heart for they shall see God.  When you are pure in your heart and mind God uses you to do honorable things for the kingdom – 2 Timothy 2:21-25

That God would lead them to their ordained spouse and they will wait patiently for that person – Genesis 2:24

That God will reveal his purpose and calling in the Kingdom at a young age – Ephesians 4:11-16

That God would give them a clear understanding of their role as a man and they would not give into the role reversal and lose God’s divine order in their marriage – Ephesians 5:23

That God will make them bold in sharing their faith and making other disciples – Acts 28:31

That God would make them a good father to their children –  Ephesians 6:4

That God will surround them with godly friends so they are not walking alone and friends will help with accountability – Proverbs 27:17

That God would prepare them to stand in the midst of adversity and persecution.  This is one thing we don’t talk about too much in the church.  As we get closer to the coming of our Savior we have to understand that we are one generation closer to serious persecution.  I’m not talking about losing your job because of your faith.  I’m talking about death.  Things that you see happening in other countries that you may not see happening in your own.  This is a reality.  It’s biblical.  But if we don’t teach our boys that one day it may come to that, one day they may be faced with it and they won’t be prepared and they will end up denying Christ at the moment when it counts the most.  They have have to be taught this reality.  We may not see it, our children may not see it, our grandchildren may not see it but somewhere down the generational line they are going to see it.  If you don’t teach it through the generations, they won’t know how to stand up for what they believe in. – Matthew 10:28 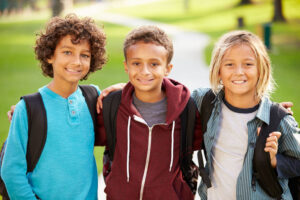 That God would make them providers and financially stable – Deuteronomy 8:18

That God would show them how to build a legacy that they can pass on to their children (natural or spiritual). If you read the post on Solomon’s anointing you learnt that what Solomon had was inherited from David.  David basically handed over the blueprint to Solomon.  We’re not supposed to go home to the Lord with no succession plan.  If you have any impact in the Kingdom of God the things you are working on or what you have built should be passed on to the next generation.  The entire bible is about a succession plan. He is a God of generations and legacy so we need to be thinking on these lines as we pray for our boys- 1 Chronicles 29:19

Now I’m going to ask you to take a few minutes to say a prayer for our boys and if Holy Spirit inspires you with more prayer points, please leave it in the comments and I’ll add it to this.