This Prophetic Word is titled Perspective because the intention is to give you some perspective.

Religion is BORING!  It really is.  Relationship is where it is at!  When you dial in to your relationship with Jesus Christ everything gets super exciting.  There’s no backsliding when you have a true relationship.

When I’m spending time with the Lord the best times are when I go with no agenda.  I have no prayer request.  I’m not asking Him for anything.  I just go to hang out.  What parent doesn’t love the child that just wants to spend time?

You know, I’ve got a very tiny brain compared to God’s.  I really have no clue most days.  So to sit in the presence of the Almighty and have Him share something with me is always fascinating.  It ALWAYS leaves me like this… 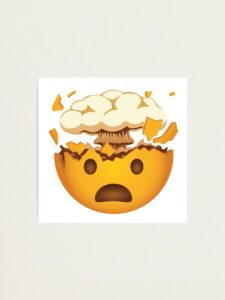 You know what else? It is always so simple.  Not complicated at all.  There is so much wisdom in simplicity. Those days when I get to see something or have a perspective on something I didn’t even think of asking about ….I have no words to describe it.

Today I feel led to share one of these experiences with you.

So, one day when I was hanging out with Him I asked Him the question “show me something special” and so He took my hand and we went for a walk.  We walked down this path and when we got to the end I saw the streets of gold.  It branched out in many different directions but right in the center of it I saw a throne.

It was one of God’s thrones.

He was sitting on it.

Around this particular throne worshiping Him were…. animals.  Every kind of animal you can think of.  Stop and imagine it for a minute.

He raised me up so I could get an aerial view and they were spread out like an endless sea…. No end in sight.   No people. Just the animals.

Of course, He knew I never considered this before.  What this would look like.  That it’s even happening right now as you are reading this.  Animals worshiping before the Him.  Their own throne room area outdoors where they all worship Him together.

I was undone.  I cried and cried.

And, I’ve never looked at an animal the same way after that.  This raises so many questions for me….Do you think the animals already know?  If they do, what do you think they think about us?  The ones who have dominion over them.  The heirs to the throne. The ones who He sacrificed His only Son to save. 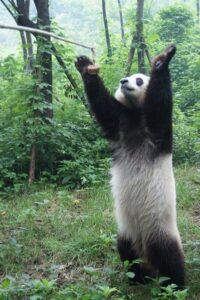 Praise the LORD from the heavens;

praise Him in the highest places.

2Praise Him, all His angels;

praise Him, all His heavenly hosts.

3Praise Him, O sun and moon;

praise Him, all you shining stars.

and you waters above the skies.

5Let them praise the name of the LORD,

for He gave the command and they were created.

6He established them forever and ever;

He issued a decree that will never pass away.

7Praise the LORD from the earth,

8lightning and hail, snow and clouds,

9mountains and all hills,

fruit trees and all cedars, 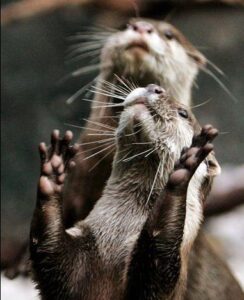 10wild animals and all cattle,

11kings of the earth and all peoples,

princes and all rulers of the earth,

old and young together.

13Let them praise the name of the LORD,

for His name alone is exalted;

His splendor is above the earth and the heavens.

14He has raised up a horn for His people,

the praise of all His saints,

of Israel, a people near to Him. 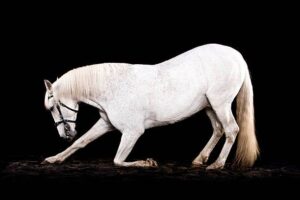 Perspective. When things start to get too busy.  Too Noisy.  Too many voices.  Don’t over complicate it.  Don’t over think it.  Go back to being Simple.  Keep the main thing, the main thing.   If the animals can get it right, then we can too.