This prophetic word is about the spiritual law of giving.  Relax, this post is not about you giving us money.

You may or may not know this but there are actually spiritual laws that people can tap into whether they are saved or not.  It’s a law in the realm of the spirit that gets activated regardless of who is doing it.  One such law is the one associated with giving.

Much like you have the law of gravity, what goes up must come down, and it does matter who throws something up in the air it’s going to land somewhere.

Giving works the same in the spiritual realm.  What you get from what you give may not come from the same person or place where you gave it but it will come back to you regardless. 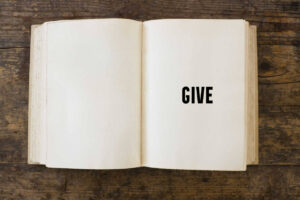 I have had about 3 different occasions where I asked the Lord about finances and money and He gives me the same answer every time.

I asked Him one day how we increase financially, He told me the spiritual law that governs over finances is to …GIVE.

LOL, were you expecting something more spectacular?  A stock tip, perhaps?  LOL   Nope!  One word.  It is the one the spiritual realm obeys. GIVE.

I’ll tell you what He didn’t say…give money.  No, He said GIVE.

It’s a verb.  It’s something you have to do that activates this spiritual law.

What I thought He meant at the time was sowing seed, tithing, you know the usual stuff, giving money to people. But later as He began to teach me more about being a giving person I realized that money was just a very small portion of how we increase financially.

Do you know how the bible is one big love letter from God?  Well, next time you read it pay attention to the giving principle.  It’s this thread that is weaved into every story that I somehow missed.  It’s there but it’s not obvious.

I went back again a few months later and asked about something to do with money and there it was again He just gave me that one word answer GIVE.

When I started studying on this I realized that the principle of giving is all over the bible.  And, it’s not just about money.  As a matter a fact you can tap into financial increase with no money at all.

This scripture is generally used to talk about giving money but as you just read it doesn’t specifically say anything about money.  I tell you what it says whatever you sow you reap in like kind.  So, if you sow and apple seed you will get an apple.  You show corn you get corn.  It’s going to produce what you sow. It talks about being judged if you judge others, condemning people reaps condemnation, forgiving people in turn means you get forgiveness too.  Then it says the degree in which you do these things is the degree in which it comes back to you.  So everything that you give you will reap the same kind of thing.  That is the principle of giving.  So, if you want to get a house, pray for someone else to get a house.  If you want to see restoration in your marriage pray for someone else that needs restoration in their marriage.  Sow the same thing that you need.  Here is our prayer request page, there are many requests, find one that you need and pray for that person. 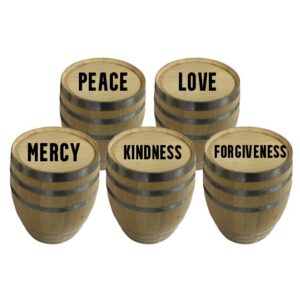 If you look at the story of how Job was restored in Job 42 you will see that God did not require of him to make any sacrifices of bulls and goats because Job didn’t have anything.  He lost everything.

So, what did Job give? Prayers.  His friends who did have something were told to give 7 bulls and 7 rams.  All Job had to give was his prayers.  Some of you don’t have anything, and God already knows this so there is no need for you to feel guilty or allow anyone to make you feel guilty to give something that you don’t have.  Give prayers!

I know it seems like that couldn’t possibly be this simple but it worked for Job.  And I believe he ended up with the double because of who he was praying for.  You know, imagine if you lost everything and you are sitting there in the dirt with nothing and your friends show up under the influence of this leviathan spirit (Job 41) and they start accusing you of all kinds of things.

Then I walk up to you and say “you know what you should do?  Bless them, forgive them, pray that they get double the goats and double the rams they 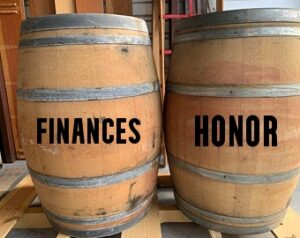 You know what most people would say?  “Are you crazy?  They have plenty of that already.  Nothing happened to them.  I am the one who lost everything here.  I am the one that is suffering.  I am the one in need of the rams and goats not them.  I’m going to just keep praying for myself”

This is what most people do when they are suffering.  They pull inward and they can only see and think of themself.  They get stingy.  They shut down.  I’m here to tell you that this is actually when you should give more.  Again, I’m not talking about money.

Job’s prayers for his frenemies at the lowest point in life brought double for him financially.

Prayers don’t cost you a penny.  When it’s prayers for your enemies or your persecutors, it gets doubled.  God took Job’s prayers for his friends and turned it into a financial blessing.

Why do you think the Lord told us…

27 “But I tell everyone who is listening: Love your enemies. Be kind to those who hate you. 28 Bless those who curse you. Pray for those who insult you. 29 If someone strikes you on the cheek, offer the other cheek as well. If someone takes your coat, don’t stop him from taking your shirt. 30 Give to everyone who asks you for something. If someone takes what is yours, don’t insist on getting it back.

31 “Do for other people everything you want them to do for you.

God never asked Job to pray for his friends.  Job did it because that’s who he is a person. Job is generous.

Do you know anyone that is a generous person in all areas of their life that suffers lack?  Think about it.

Even God follows this law, imagine you created a people for yourself.  Perfect!  Then they messed up and when He could’ve easily just destroyed us all instead of doing that He decides to put on flesh and give Himself

My Goodness!   And think about all the souls, people, deliverance, healing, restoration that we have reaped through His one act of giving.

This is a spiritual law that pay dividends.

I think most churches and ministries miss it when talking about giving and it’s always about the money. The Body of Christ misses the blessing of these other things that are associated with giving.  People go to church and they tithe but then they don’t show mercy to others and they are unkind.  But they think they are covered because they gave money.  It doesn’t work like that because one day they are going need mercy and they will need someone to show them kindness but because they didn’t give that to anyone, there is none available for them.

Proverbs 11:25 NOG  “A generous person will be made rich, and whoever satisfies others will himself be satisfied.“

Here is another beautiful scripture

When you considered the poor (poor naturally or in the spirit) and the helpless, when you become helpless against your enemies or sickness, GOD Himself will step in and save you because you have a barrel full from helping the helpless.  There’s something to pull from.  It’s like a spiritual bank account that you can use when you need it!!  How about turning this one into a prayer if you are sick?  If you gave to those who were helpless then you can use this scripture to ask for your healing.  Or if you need deliverance from your enemies.  I’m pretty sure many of you didn’t know the fruit of your giving could be manifested in these other ways.  This just shows you that your giving doesn’t always come back the same way you gave it.

Proverbs 21:13 “Whoever shuts his ears to the cry of the poor Will also cry himself and not be heard.”

Why?  There’s nothing in the barrel for you.  It’s empty.

Generosity brings prosperity,
but withholding from charity brings poverty.
Those who live to bless others
will have blessings heaped upon them,
and the one who pours out his life to pour out blessings
will be saturated with favor.

There you have it!  How do you get favor??  Bless other people.  Pour our blessings on others in your words and deeds and you will receive the favor of God upon your life.   It’s a spiritual law which means it will work for everyone – saved or unsaved.  The goal here is to be a generous person.  Give on every level, in every 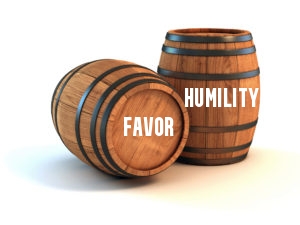 area.  Do not be a stingy person that just takes and takes and gives nothing back.  Prayers cost you absolutely nothing.  Start by giving prayers, give kindness, give gentleness, give mercy, give grace, give love, eventually you will see favor in your life and you may have doors open for financial increase, then you give finances, give humility instead of pride, this can go on and on.  Just give in every area.

Start giving in the areas where you can give and then increase it to all areas of your life.  And this should go beyond you and your family, this is more than you and your family.  Give to everyone.  It gets doubled when it’s your enemy.

Do you have people attacking you?  Witchcraft attacks?  I have a challenge for you, for the next 21 days every day when you get up pray a blessing prayer over them and their families.  Every day.  After the 21 days, I want you to come back and tell me how it’s going.  Keep in mind you can’t pray for them one minute and then talk bad about the next minute to your friends.  Fast from that for the 21 days.

“If your enemy is hungry, buy him lunch!
Win him over with kindness.
For your surprising generosity will awaken his conscience,
and God will reward you with favor.”

This is the decade of the mouth.  Use your words wisely because you are about to live that, and reap what you are saying for the next 10 years.

9 thoughts on “Prophetic Word – Give”