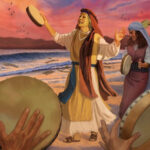 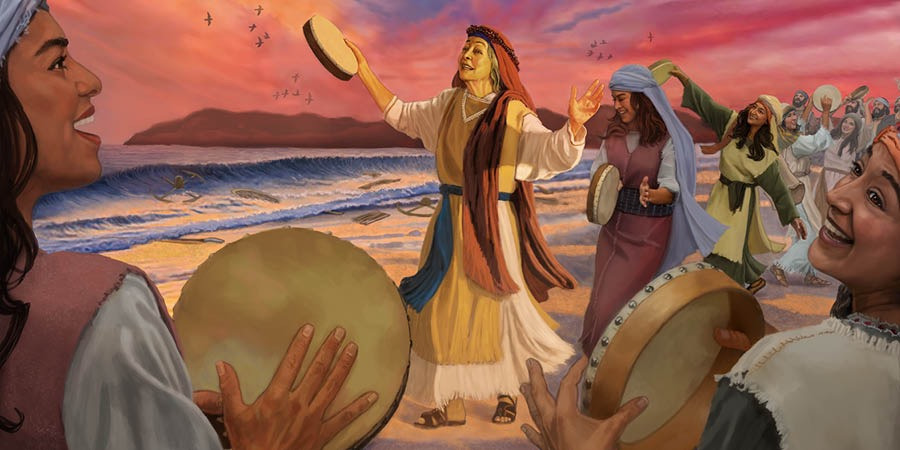 This is the First Fruit Blessing Prayer for Nisan 5782

In the bible, Nisan is also referred to as Abib.

It is a month of many firsts.

1 – It was the first month of their deliverance.

4 – It was the month that the manna ceased and they began to eat from the Promised land.

5 – It was the first time they celebrated Passover /Feast of Unleavened Bread. (Numbers 28:16) ‘On the fourteenth day of the first month is the Passover of the LORD”  For 7 days they ate bread with no yeast.  I believe the yeast signifies sin.  In Hebrew Passover is Pesach.

Get rid of the old “yeast” by removing this wicked person from among you. Then you will be like a fresh batch of dough made without yeast, which is what you really are. Christ, our Passover Lamb, has been sacrificed for us. So let us celebrate the festival, not with the old bread of wickedness and evil, but with the new bread of sincerity and truth.

When I wrote to you before, I told you not to associate with people who indulge in sexual sin. But I wasn’t talking about unbelievers who indulge in sexual sin, or are greedy, or cheat people, or worship idols. You would have to leave this world to avoid people like that. I meant that you are not to associate with anyone who claims to be a believer yet indulges in sexual sin, or is greedy, or worships idols, or is abusive, or is a drunkard, or cheats people. Don’t even eat with such people.

Exodus 12 gives the full instructions on how to celebrate the Passover.  The feasts and celebrations that did not cease when Jesus came.  These should still be observed, even by Christians, and I believe one such feast is the Feast of Unleavened Bread.  Notice how many times in Exodus 12, God the Father said, “this is a permanent law”.  We also see in the new testament that Jesus celebrated the Passover.  Notice that it says all who are circumcised should do this and for us as Christians this means the circumcision of the heart.

For you are not a true Jew just because you were born of Jewish parents or because you have gone through the ceremony of circumcision. No, a true Jew is one whose heart is right with God. And true circumcision is not merely obeying the letter of the law; rather, it is a change of heart produced by the Spirit. And a person with a changed heart seeks praise from God, not from people.”

It is with your mouth that you confess and your heart that you believe.

Have you ever attended a Passover Seder?  It is something you should try to experience at least once. See if you can find a Messianic  Congregation in your area that is hosting a Seder and try to attend.  Passover is on 15th Nisan.

6 – A year after they left Egypt, the leader of each tribe dedicated an offering to God at the Tabernacle.  A different leader made their offering each day starting with 1 Nisan through to 12 Nisan starting with the tribe of Judah and based on how they were situated in the encampment. You can read what they brought to the Lord here in Numbers 7.

We know that these offerings of bulls and goats were replaced by what Christ did for us on the cross by dying for our sins and you can read that here in Hebrews 10:4-10

“For God’s will was for us to be made holy by the sacrifice of the body of Jesus Christ, once for all time.”

Back then these sacrifices were used to atone for sins as they await the Messiah.  Now that we are looking back at the cross and what Christ already cleansed us from these sins, what kind of sacrifices can we make to Him to show our gratitude?

The Road to Deliverance

At some point or another we are all looking for the Lord to deliver us from something.  I want to offer some perspective to you here.

The plagues in the bible can be found in Exodus 7 – 11.  Some have said that all the plagues happened within one month, others have said it took several months.  It seems they all agree it happened in under 9 months.  That’s not very long but when things are bad it can feel like forever.

Imagine that you were living during that time and you happened to see all of this happening over a short period of time:

They were not removed from this, the were just protected while it was happening.  They all still had to go through it.

1  It tells us that things always can sometimes get worse before the deliverance happens.

2  It tells us that we don’t escape the things that are happening in the world, we are just protected from them if we follow the instructions of the Lord i.e putting the blood over the door post.

3  God is always going to provide a strategy to His people during difficult times.  Even if you have to go through something, you are not abandoned.

4 Holding on in faith and hope – they were not allowed to go after the 1st plague, there was a ramp up to the deliverance and so they had to remain hopeful until the end.

5  Deliverance can come at an inconvenient time. Midnight! So you should always be ready, at any time for it to happen.

6  The only thing/person you should ever be tethered to in life is Jesus.  When God says “let’s go!” you have to be ready to leave.

7 Concessions to deliverance – you will notice as they go through the plagues Pharaoh starts to get worn out and so he agrees to let them go but they have to give up something.  First they could take the men but not the children, then they could take the men and children but not the livestock.  You need to be clear about what the Lord has said to you and know when you should never compromise.

8 God took them the long way out because He knew that if they took the short route as soon as they hit the wilderness they would’ve turned back.  You are in a very dangerous place when bondage feels like home.

9 Initially deliverance can look worse, because it is new and different but if that is God’s way then know that at some point things get better.

The Tribe for the month of Nisan is Judah

It is the first month and the tribe is Judah.  Judah means praise.

This is Jacob’s blessing over Judah which is in Genesis 49:8-12

“Judah, your brothers will praise you.
You will grasp your enemies by the neck.
All your relatives will bow before you.
Judah, my son, is a young lion
that has finished eating its prey.
Like a lion he crouches and lies down;
like a lioness—who dares to rouse him?
The scepter will not depart from Judah,
nor the ruler’s staff from his descendants,
until the coming of the one to whom it belongs,
the one whom all nations will honor.
He ties his foal to a grapevine,
the colt of his donkey to a choice vine.
He washes his clothes in wine,
his robes in the blood of grapes.
His eyes are darker than wine,
and his teeth are whiter than milk.

This is Moses’ blessing over the tribe of Judah in Deuteronomy 33:7

Moses said this about the tribe of Judah:

“O Lord, hear the cry of Judah
and bring them together as a people.
Give them strength to defend their cause;
help them against their enemies!”

We see that both of these blessings speak of Judah’s ability to overcome the enemy.  It shows that the Lion of the tribe of Judah will overcome and that scepter of rulership will not leave this tribe until Christ comes.  The blessing also shows his fruitfulness and points to good health.

Jehovah Mephalti, the Lord my Deliverer, deliver me from the things that would hinder my ability to worship You freely.  Bring deliverance to my mind from the things that would take my attention during my time of prayer and praise. Make me ready to see your salvation in my life.  I thank you for this New Year and I thank You for the celebration of Passover where you show that I am covered under Your blood Jesus.  Where your blood covers me and my family from the top of our heads to the tip of our toes.  Thank You that You are our strong tower. That there is no enemy too powerful that You cannot defeat.  Thank you for all sufficiency during the wilderness seasons of my life.  Thank you for feeding me with manna, supernatural provisions in the moments when I need it.  I give You the sacrifice of praise for this month and the months to come for all that You have done for me and my family and friends.  In this month of Nisan, show me if there is any yeast in my life that needs to be removed. Grant me a willing heart to let go of the things that would hinder my relationship with You. May this month be to me the first of many blessings that You will release into my life.  Surprise me God with blessings that I never saw coming.  I thank You for keeping me in good health and for imparting to me fruitfulness and strength to overcome.  Thank you for making me victorious in every battle against my enemies, in Jesus name, Amen.

Blessed are you God our God, King of the universe, who left nothing lacking in His world, and created within it good creatures and good trees with which He gives pleasure to people. 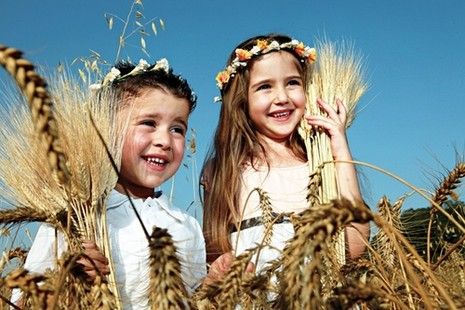 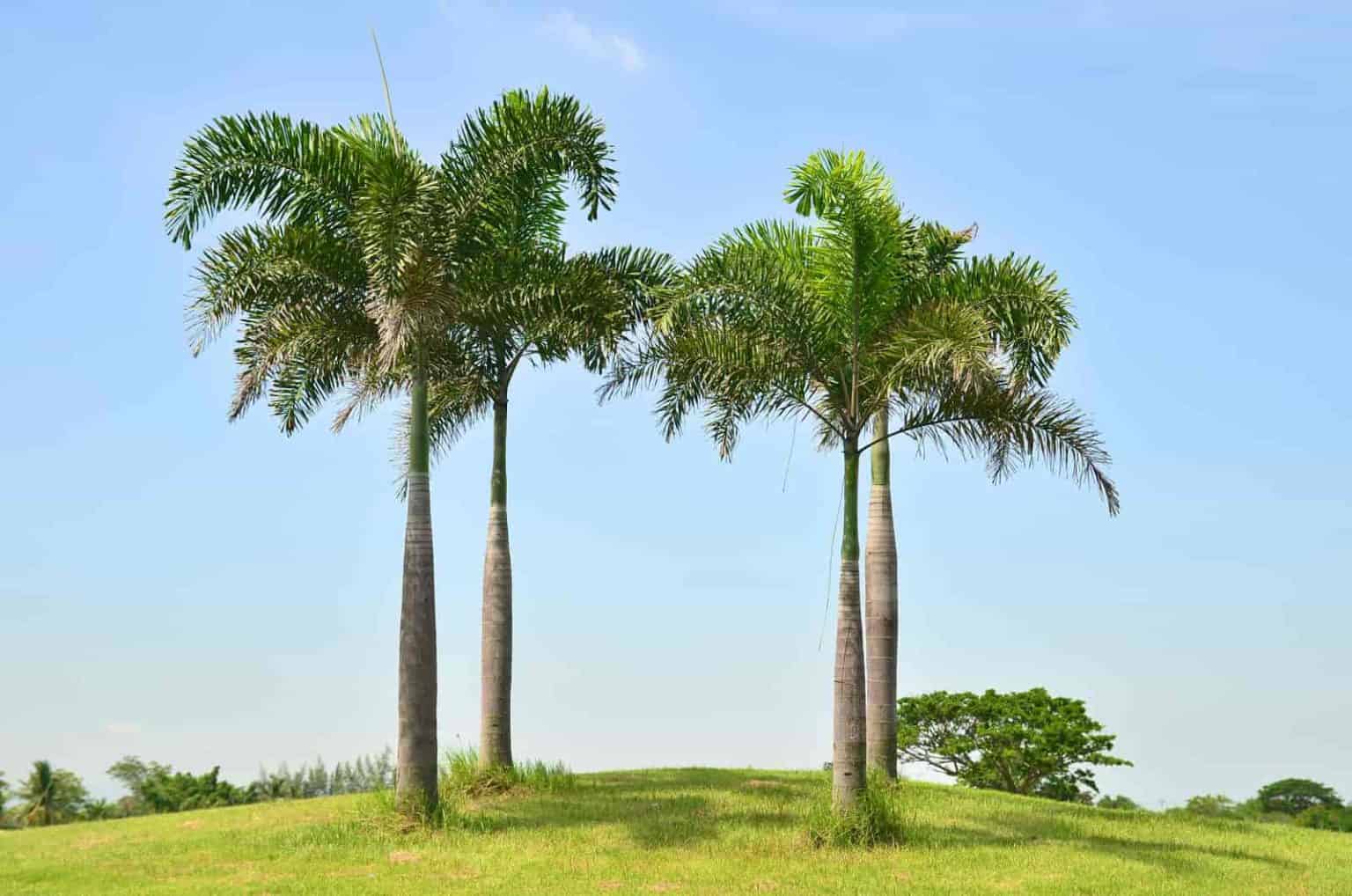